SPORT IN CARDIFF DURING COVID-19 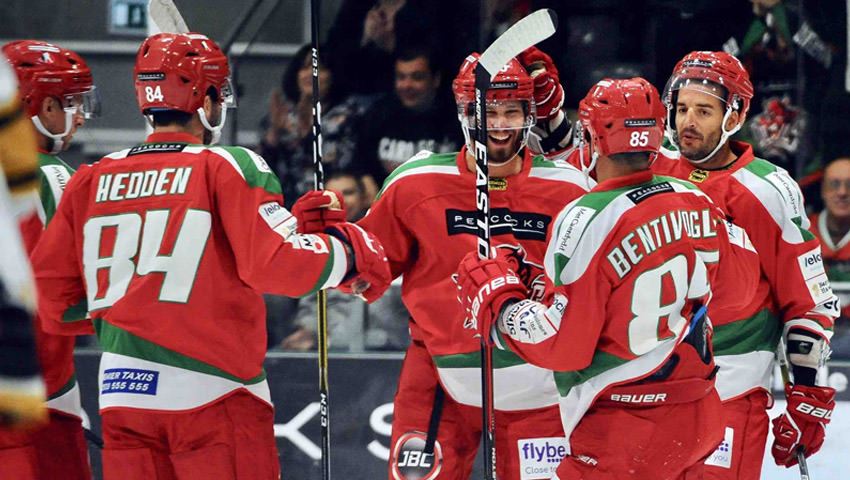 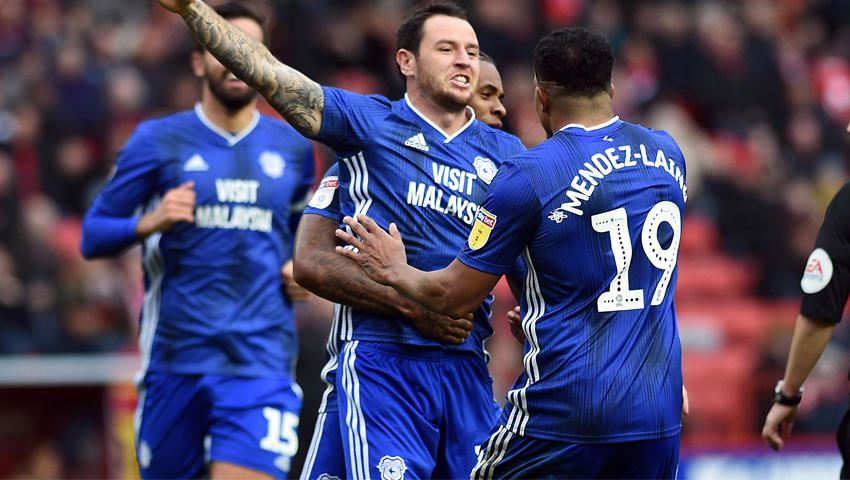 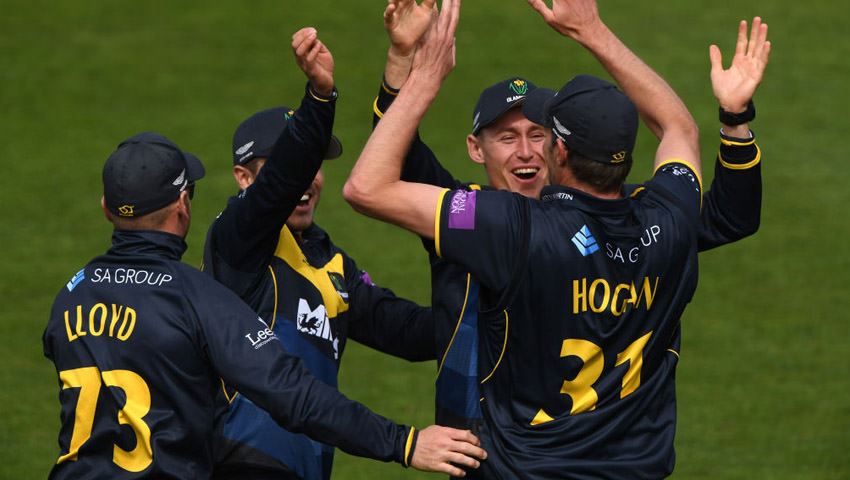 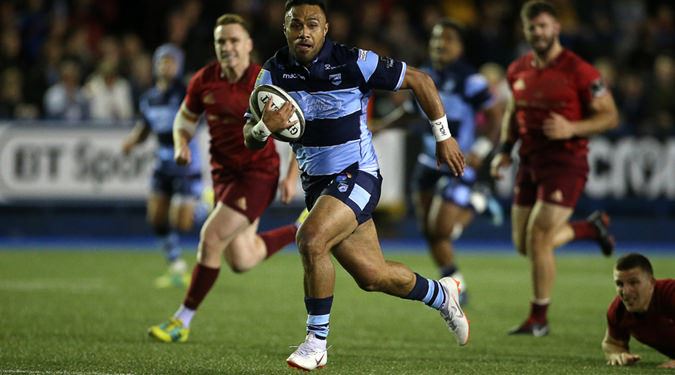 GET TO KNOW THE TEAMS

New to the Cardiff sporting scene? He’s the lowdown:

You must have heard of these, Cardiff City Football Club over 100 years of history, known affectionately by its fans as the Bluebirds. Since 2009, they have played their home matches at Cardiff City Stadium, with a sell-out capacity of 33,316.

The Cardiff Blues are a successful professional rugby union team, competing in the Guinness PRO14s and playing their home games at Cardiff Arms Park. The passionate Blues fans flock to Arms Park to watch their matches under the shadow of the Principality Stadium.

Let’s go Devils, let’s go! The Cardiff Devils  are a professional Elite League Ice Hockey team and play their home matches at the Viola Arena in Cardiff Bay. If you want to experience a very different kind of sporting event, head down there when lockdown is over and try chuck-a-puck challenges and get ready to dance to a good tune each time a team scores!

Cardiff is no stranger to cricket, we played host to the ICC Cricket World Cup in 2019 and We’re also home to Glamorgan Cricket, the only first-class cricket club in Wales. They play their home matches at Sophia Gardens in Cardiff City Centre. #GoGlam.

HOW YOU CAN SUPPORT IN LOCKDOWN 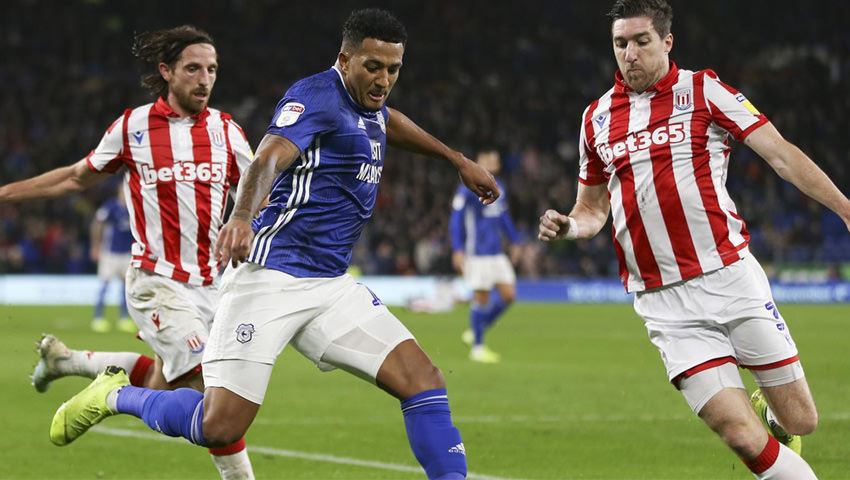 KICK BACK AND WATCH OLD GAMES

If you’re missing the electric atmosphere of the games, there are many ways you can spectate from the sofa.

For cricket fans, check out the ‘Cricketer Quarantine Cup’ on Glamorgan’s YouTube channel for highlights of the best matches. Make the most of this glorious sunshine and pull up a chair in your garden, open a drink and click your favourite video – it’s (almost) as if you’re right there in the stands! Watch Glamorgan in action here.

Interested in what a live Devils match is all about? No problem, you can now vote on @CardiffDevils Twitter account for the game you’d most like to see streamed online! Here’s an example, click here to watch a classic game against the Sheffield Steelers.

Tune in to CBTV ‘RE:LIVE’ episodes and watch some of your favourite past Cardiff Blues matches. As if that wasn’t exciting enough, you can also watch the live reactions of Arms Park legends and ex-players from their homes as you watch along with them! For example, you can listen to Nigel Walker, Mike Hall and Andy Booth’s accounts of the 1997 Swalec Cup final between Cardiff and Swansea here. 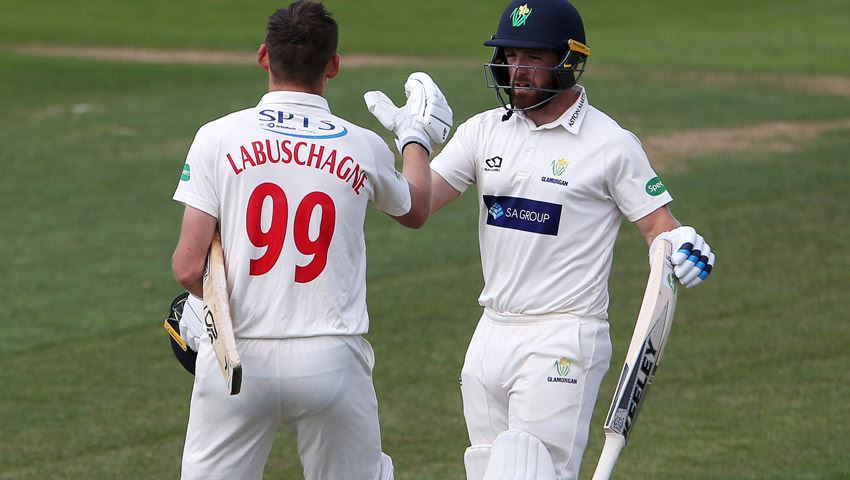 GET FIT ALONGSIDE YOUR SPORTING HERO

Feeling the effects of the gym closures? Glamorgan Cricket has you covered, put yourself through the grueling fitness regime of the players and exercise alongside them in a virtual training class. Follow the Get Fit with Glam series on YouTube and get motivated. Get involved.

How does a cricket star’s regime compare to an Ice Hockey players’? Work out like a Cardiff Devil with Joey Haddad here. 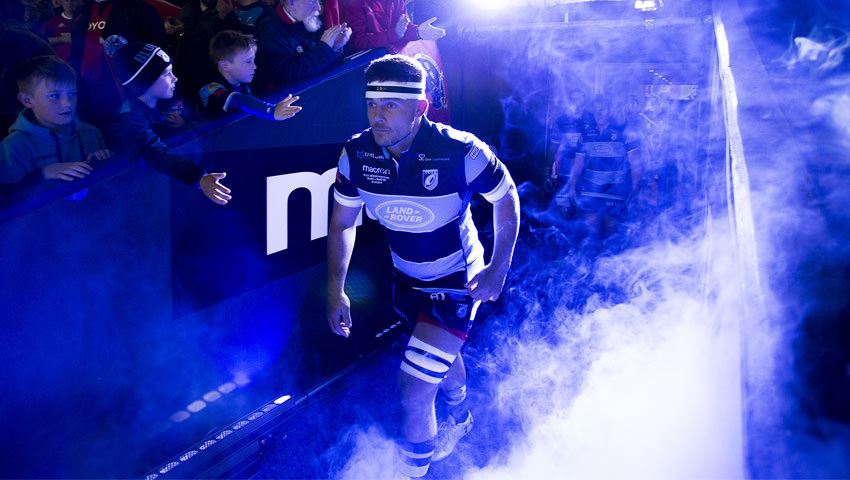 IN NEED OF SOME BRAIN TRAINING?

Lockdown is starting to feel a bit groundhog day but there are plenty of boredom-busters on Glam’s website to keep you occupied and your brain trained (and learn more about your favourite team)! If you think you’re clued up on your cricket, test your knowledge by taking part in one of the team’s quizzes. Are you convinced you know all the players who played for Glamorgan 1st XI in 2019? Prove it here.

Adjusting to home-schooling can be so challenging, so why not download one of Cardiff Blues’ Educational Resource Packs to make learning more exciting?The resource centre has a number of activities to keep young supporters entertained and engaged, all in one place! It also includes links to colouring books and puzzles for some rewarding downtime. Check it out here.

INTERACT WITH THE TEAMS

Ever wanted to know what former Devils really thought of their time at the club? You’re in luck. The Devils feature a weekly Throwback Thursday interview with one of the past most popular players. Keep checking their social media – they are published on Thursdays at 1pm. If you had your own questions in mind, the Devils regularly have #TwitterTakeovers where you can send your questions in to a player using the dedicated hashtag. Captain Joey Martin recently hosted the takeover, how cool?!

To hear the thoughts of the Cardiff Blues team, listen to the The Cardiff Blues podcast. It goes behind the scenes featuring players, coaches, staff sponsors and fans talking all things rugby. Some episodes are now recorded in Welsh, debuted by Jamie Roberts. Be sure to check out Podlediad Cymraeg if you’re a Welsh speaker. Listen to all podcasts here. Cardiff Blues have signed up to OneCom to ensure fans, players and behind-the-scenes staff alike can stay connected in this uncertain time. They want to hear YOUR story about how your love for Cardiff Blues and Cardiff Arms Park has grown over the years. Read supporters highlights and get involved.

Past Cardiff City FC players reflect on their careers in the ‘Legends Lockdown’ series. Hear from Leo Fortune-West and Andy Campbell, Kev McNaughton and Steven Thompson & Damon Searle and Jason Perry. Each duo featured in a four episode series. Watch them all on City’s YouTube channel. 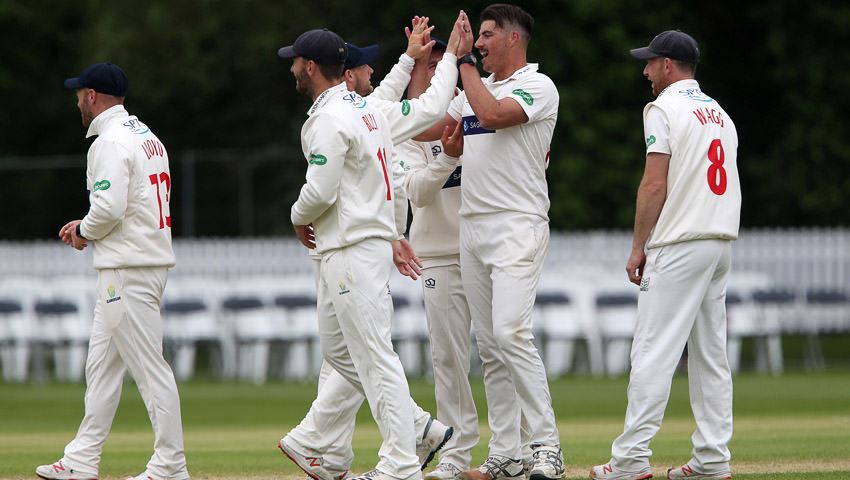 Team Glam are also raising community spirits by announcing some fantastic competitions and giveaways. Is someone you know an NHS worker and huge cricket fan; we’ve got just the thing. Let them know why you think your NHS hero deserves 5 free tickets to a future T20 fixture in 2020 or 2021 and they could be in with the chance of winning FIVE free tickets. Check out the webpage for more information.

There are some fantastic prizes to be won in the Cardiff Devils’ Weekly Raffle. Its drawn after every classic match is streamed online, it only costs £1 to take part and you could be in with the chance of winning a jersey worn by your favourite player, t-shirts, bobble hats and other merchandise. Keep an eye on the news page for the next draw!

Cardiff Blues regularly feature competitions on their social media accounts, make sure you’re following them! You can be in with a chance of winning £100 worth of Cardiff Blues kit, all you have to do is answer a few questions. 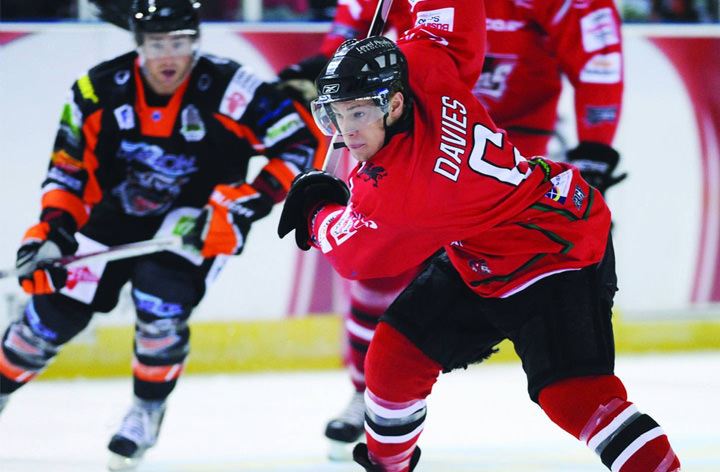 How does protecting yourself from COVID-19 AND showing your support to the Devils at the same time sound? The team have released face covers featuring the Cardiff Devils logo or Cardiff skyline, who thought masks could be so fashionable? Get yours here.

Think you look good in white? We’ve got the perfect outfit! Get kitted out in Glamorgan Cricket Club’s supporter tracksuit and backpack. Have a browse of their online store.

Buying birthday presents for loved ones during lockdown is a struggle. If the birthday boy or girl happens to be a massive Cardiff City fan, we’ve got the perfect gift. Treat them to personalised football merchandise.

Want to wear your pride for your favourite rugby team? Purchase a Blues jersey or bobble hat today. Did we mention everything is now £25 and under? Shop here. 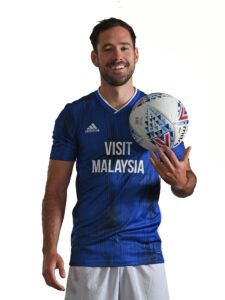 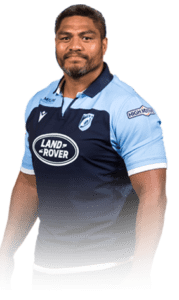 WE ASKED, THEY ANSWERED

Each team tells all about their favourite ways to #DiscoverCardiff.

Q1. After watching a match, where’s the best place in the city to enjoy drinks with friends and why?

Greg Cunningham, Cardiff City FC & Republic of Ireland: “I’d probably say either Revs or Be At One. Great atmospheres at both places for a few drinks with friends and family when we’re able to.”

Q2. If you had to take your new player’s out for a meal, where would you book a table and what would you order?

Greg Cunningham, Cardiff City FC & Republic of Ireland: “Wagamama for their duck gyoza or steak bulgogi; The Ivy for soup to start and a nice fillet steak; or Mowgli for a butter chicken with naan bread!”

Nick Williams, Cardiff Blues: “Custom House in Penarth. I love the Brasserie style and they have amazing quality, fresh steaks and seafood.”

Q3. If you and your family were planning to be tourists for the day in Cardiff, what two places would you visit?

Greg Cunningham, Cardiff City FC & Republic of Ireland: “I’ll give you three! We’d take a tour around the Principality Stadium and then a stroll around Cardiff Castle and Bute Park.”

Nick Williams, Cardiff Blues: “That’s a tough one with so much on offer in Cardiff and the surrounding area but I would probably say Cardiff Bay. Jump on one of the water taxis at the Barrage for a trip round the Bay and up the Taff past the Principality Stadium and Arms Park then back to the Bay for some food and drinks at one of the many bars and restaurants.”

Q4. If you could have a free season ticket to see any other sports team in Cardiff who would it be?

Greg Cunningham, Cardiff City FC & Republic of Ireland: “It would definitely be for the Cardiff Devils at the Viola Arena in Cardiff Bay. I’ve been to see them before and looking forward to doing so again. Will be making a few purchases in their club shop this time, too!”

Nick Williams Cardiff Blues: “It would have to be Cardiff Devils. It obviously has a very different feel to the more traditional British sports. There’s always a good atmosphere and I’m always game when there’s a fight on the ice!”