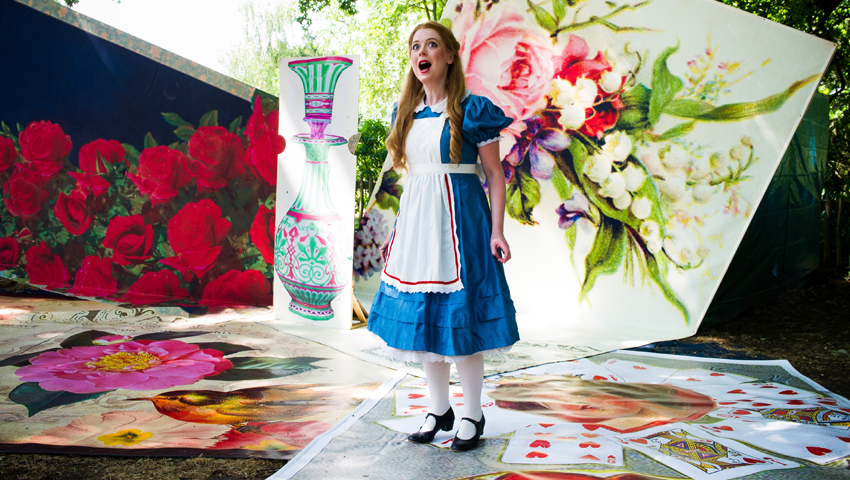 Welsh National Opera has announced that the Company will return to live performance with outdoor performances of a production of Will Todd’s family opera Alice’s Adventures in Wonderland this Summer.

WNO celebrated its 75th birthday on 15 April this year and will begin live performance and the start of its 75th celebratory Season with a colourful production of Lewis Carroll’s famous tale in an opera commissioned and originally produced by Opera Holland Park. This will be the Company’s first return to the stage performing in front of a public audience following the past year’s focus on digital and online activity.

Performances are planned from 25 June until 3 July at the National Trust’s Dyffryn Gardens near Cardiff in the Vale of Glamorgan.

The classic tale of Alice’s adventures will come to life in this quirky family opera. Will Todd’s score, performed by a small orchestra, is a mix of jazz, musical and opera styles and perfectly accompanies the libretto to create a fun and engaging story that remains true to the original book. Plans are also being made for a programme of activities for families to run alongside the production.

The promenade style performance in Dyffryn Gardens will take audiences from the drab and dreary to the colourful with the three sets surrounding them. The audience is invited to bring a blanket and to turn around as the action progresses with Alice’s journey through Wonderland.

General Director Aidan Lang said ‘We are delighted to be in a position to perform to live audiences and what better way to come back than with a family opera for all to enjoy.  We are really looking forward to sharing the joy and experience of live opera once again.’

Composer Will Todd said: ‘I’m so excited that audiences in Wales will get a chance to experience Alice’s Adventures in Wonderland with Welsh National Opera. It’s been such a fun piece to write the music for, and for me, it’s all about making sure the audience, young and old, have a brilliant time listening to and watching live opera.’

Tickets for Alice’s Adventures in Wonderland go on public sale on Thursday 3 June.