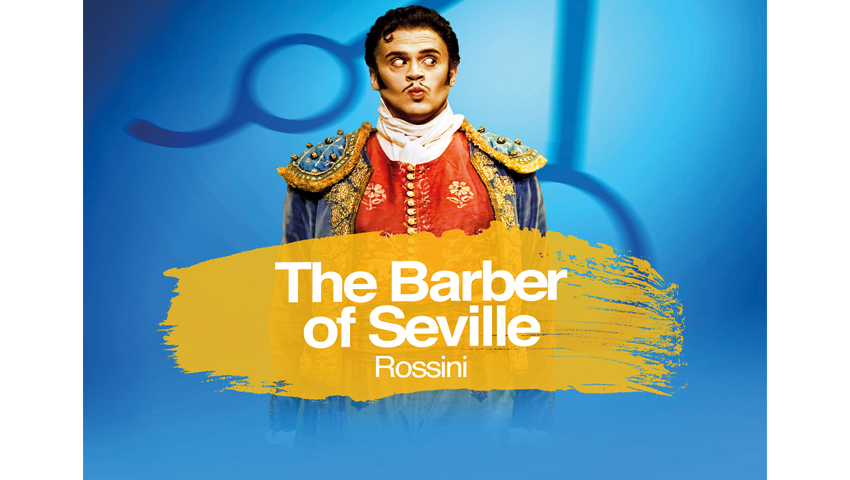 ‘With the announcement by Welsh Government that live performance is now possible, it means we are delighted to be in a position to confirm details of our plans to return to performance and touring, both in the short term and further into the future.’  WNO General Director Aidan Lang

Welsh National Opera has announced that the Company will return to touring in Wales and England from Autumn this year. The details announced include touring opera productions, engagement and outreach work and orchestral concert activity.

WNO recently announced that the Company will return to live performance and the start of its 75th celebratory Season this Summer with Alice’s Adventures in Wonderland by composer Will Todd with performances from 25 June until 3 July at Dyffryn Gardens in the Vale of Glamorgan.

WNO’s first large-scale Season since the pandemic is planned to open at Wales Millennium Centre in Cardiff in September before touring to venues across England and Wales. WNO’s much-loved production of Rossini’s The Barber of Seville featuring one of opera’s most colourful characters, Figaro, will be performed alongside a brand-new production of Madam Butterfly directed by Australian director Lindy Hume and conducted by WNO Conductor Laureate, Carlo Rizzi. The new production has been created as a socially relevant telling of Puccini’s classic tale with its beautiful music providing the backdrop to this famous opera. A series of digital talks and events to explore the themes of Madam Butterfly and the relevance of this production in society today are also planned.

WNO’s Spring 2022 Season will open in February and begins in Cardiff before touring to venues across England and Wales until mid-May. The productions include Mozart’s Don Giovanni, alongside Jenůfa directed by Katie Mitchell in a continuation of the Company’s Janáček Series and conducted by WNO’s Music Director Tomáš Hanus. Madam Butterfly will also be performed in some tour venues during the Spring.

Following the success of Brundibár in 2019, WNO’s Youth Opera groups will once again join forces for a full-scale performance of The Black Spider at Wales Millennium Centre’s Weston Studio in May 2022. The creepy, comic tale is by writer and composer and Master of the Queen’s Music, Judith Weir and will be performed by South Wales Youth Opera members aged 10-18 years.

The new opera Migrations, previously planned for Summer 2021, will now be premiered in Cardiff in June/July 2022 and will tour in Autumn 2022. Migrations explores different elements of migration including the human impact of one of the most difficult decisions many have been forced to make: to leave their homes and communities in search of a better life or safer place to live. To create a diversity of voices and experiences, five writers – Shreya Sen Handley, Edson Burton and Miles Chambers, Eric Ngalle Charles and Sarah Woods – have worked with Sir David Pountney to create the libretto of six stories, influenced by their own personal experiences of migration and from working with refugees.

With music by British composer Will Todd and conducted by Matthew Kofi Waldren the opera will be directed by Sir David Pountney who will be supported by a team of associate directors. Migrations is an exceptionally ambitious project, with an expanded creative team and a cast of 100 including a gospel choir, a children’s chorus, Bollywood dancers and soloists from across the world.

In July 2022 18–25-year-old members of WNO Youth Opera will take to the stage in a new production of Shostakovich’s Cheryomushki.  Following the success of 2019’s production of Don Pasquale, Daisy Evans returns to WNO to direct the Youth Opera in what will be a reimagined version of the opera with a contemporary take.  The production will be under the baton of conductor Alice Farnham.  As well as singers from WNO’s Youth Opera and Youth Opera alumni, the production will include assisting roles, technical placements and student instrumentalists, providing a unique training experience for young people interested in a professional career within opera and theatre, working alongside top industry professionals and mentored by WNO experts.

In addition to the productions planned, WNO Orchestra has planned its concert schedule for 2021/2022.

WNO Orchestra will make a return to the St David’s Hall concert platform conducted by Music Director Tomáš Hanus for performances in November this year and next May as part of the International Concert Season. Schools’ concerts in Autumn 2022 and Family Concerts have also been planned throughout the year in many of the tour venues along with a Royal Welsh College of Music & Drama Gala in November 2021.

WNO is aiming to move its community engagement programmes to ‘in person’ sessions from online activity when safe to do so over the coming months. This includes continuing its activity in schools, its performances in hospitals and care homes and projects in partnership with Oasis Cardiff and Welsh Refugee Council.  WNO’s Cradle Choir for people living with dementia will also continue as part of the broader intergenerational Cradle project, bringing together children from schools in Milford Haven with local people living with the disease in creative activity culminating in Summer 2022.

Rearrange – Summer 2021 will also see the launch of a digital project that features well-known operatic arias performed and filmed in different locations and contexts that place them in today’s world. The films will be released from Summer into Autumn. Arias included are Puccini’s Nessun Dorma and O mio babbino caro, Rossini’s Trio from Le Comte Ory and Monteverdi’s Tu se morta.

Long Covid Project – WNO is designing a collaborative programme which meets the needs of long-covid patients in Wales, supporting physical rehabilitation, restoring mental and emotional well-being, and reducing anxiety. The Company will work with health boards across Wales, in partnership with English National Opera, to develop a programme that draws on the singing and breathing techniques used by professional opera singers to reduce breathlessness and support participants to re-learn diaphragmatic breathing and equip them with the tools to continue this work at home. Singing has been proved to have a positive impact on well-being and the programme aims to achieve both mental and medical benefits for those taking part.

Following consultation with Fast Track Cymru and the Terrence Higgins Trust Cymru, WNO will be partnering with Cardiff West Community High School to co-develop and pilot a new participatory workshop model which uses opera, music, creative writing and art to increase education and understanding of HIV amongst young people in Wales. The project will support the delivery of the new Welsh curriculum which places renewed focus on Relationship and Sexuality education.

WNO’s Talent Development Programme activity which has been online during the past year is returning to live engagement. This programme includes special development roles in the Company including WNO Associate  Artists Aaron O’Hare, Adam Gilbert and Isabelle Peters and Weston Jerwood Directing Fellow Gareth Chambers as well as an Associate Conductor role in collaboration with the Donatella Flick-LSO Conducting Competition.

Music Director Tomás Hanus said: “Having spent too long apart from my colleagues and friends in Cardiff, I am delighted to return to WNO this Autumn to conduct The Barber of Seville. I look forward to standing on the podium once again, supported by the talented musicians and staff that comprise Welsh National Opera. It will be a privilege and joy to perform live music across Wales and England in the 2021/22 Season after such a catastrophic moment in theatre’s, and humankind’s history. Music has an unrivalled ability to unite people, and this is something I believe we are all very much in need of. The 2021/22 Season will be a celebration of art and I simply cannot wait for it to begin.”

General Director Aidan Lang said ‘With the announcement by Welsh Government that live performance is now possible, it means we are delighted to be in a position to confirm details of plans to return to live performance and touring both in the short term and further into the future. Whilst we have been able to continue to use digital platforms to continue to engage with our audiences and people in the community during the last year, something that we plan to continue, there is nothing like being able to experience live productions and continue our Programmes and Engagement activity in person. We are really looking forward to sharing the joy and experience of live opera once again.  We have also been using this time to reflect on how we move forward into the future and how we can best work to further our activities in communities and make a difference to people’s lives through the power of opera. This will be a big part of our new plans as we move forward as well as continuing with our large-scale Programme and Engagement work already in place.’

Information regarding WNO productions and on sale dates are available at wno.org.uk