NEWS & BLOGS THE HUNDRED IS COMING TO CARDIFF THIS SUMMER

THE HUNDRED IS COMING TO CARDIFF THIS SUMMER 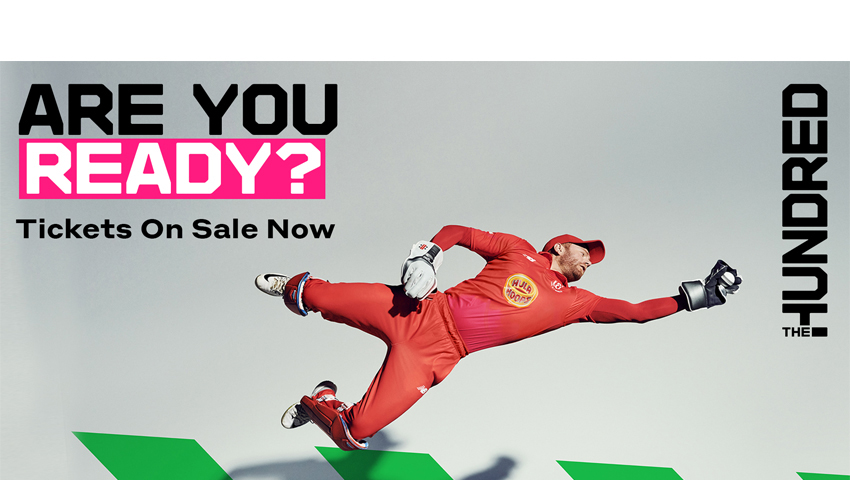 What exactly is The Hundred?

The Hundred is an action-packed, unmissable new 100-ball cricket competition which will fuse international-quality sport with thrilling, live entertainment.
It promises to put you on the edge of your seat and everyone is welcome.

So, what about the cricket? Who is playing in the tournament?

Eight brand spanking new men’s and women’s teams have been created for the competition and they will play on an equal footing.
The teams taking part are; Birmingham Phoenix, London Spirit, Manchester Originals, Northern Superchargers, Oval Invincibles, Southern Brave, Trent Rockets and Welsh Fire.
The Hundred will be played across the United Kingdom, but Cardiff’s Sophia Gardens will be home to the new Welsh Fire teams.

So, what about the cricket? Who is playing in the tournament?

Eight brand spanking new men’s and women’s teams have been created for the competition and they will play on an equal footing.
The teams taking part are; Birmingham Phoenix, London Spirit, Manchester Originals, Northern Superchargers, Oval Invincibles, Southern Brave, Trent Rockets and Welsh Fire.
The Hundred will be played across the United Kingdom, but Cardiff’s Sophia Gardens will be home to the new Welsh Fire teams.

What are the rules?

The Hundred is cricket, but not as you’ve seen it before. Each team’s batting innings will last 100 balls and whoever scores the most runs, wins the match.
But rather than a bowler delivering a traditional six-ball over, the fielding side will change ends after 10 balls. Each bowler can deliver either five or 10 consecutive deliveries. The captain of each team will decide on that and each bowler can deliver a maximum of 20 balls per game.
The Hundred will be played at a frenetic, quick tempo and each match will last two and a half hours. Both bowling sides get a strategic timeout of up to two and a half minutes and in a new development, the coach can discuss tactics with their players mid game.
Each batting team will have a 25-ball powerplay when only two fielders from the bowling side will be allowed outside the 30-yard circle.

What else is going on apart from the cricket?

The Hundred will be something to savour for cricket fans, but don’t fear if you are new to the sport. The Hundred is family friendly, inclusive and fun. It will appeal as much to regular cricket watchers as those watching it for the first time. Ideal for children of all ages, The Hundred will also contain entertainment and live music off the field as an ideal companion to the sensational cricket.
BBC Radio 1’s Steffan Powell will be the host for Welsh Fire games and exciting Cardiff-based DJ duo GRL TLK will whip the Cardiff crowd into a frenzy with their celebrated electropop style.
Swansea-based electronic artist Rachel K Collier will also perform at Sophia Gardens on August 18.

So, there are both men’s and women’s teams taking part?

That’s right. Each of the eight Hundred teams have a men’s and women’s side who will play on a level footing. Indeed, the first match of the competition is a stand-alone women’s match with Oval Invincibles facing Manchester Originals on July 21. The four Welsh Fire home games in Cardiff will see the men’s and women’s sides play on the same day.

Who are some of the star players we can see in Cardiff?

Jonny Bairstow, Meg Lanning, Kieron Pollard and Sarah Taylor are just four of the international cricket stars who will play for Welsh Fire and call Cardiff home next month.
They will be joined by Ollie Pope, Tom Banton, Sophie Luff, Beth Mooney, Liam Plunkett, Jhye Richardson, Katie George and Bryony Smith who all cricket fans will be familiar with.
Bairstow, a Test and one day cricket star with England, was a men’s World Cup winner in 2019.
He said: “The Hundred is going to be great. We know how passionate Welsh fans are about their sport and this summer will be a great opportunity to see some of that passion at the cricket.
“We have a really exciting bunch of players and hopefully we can put on a series of performances for the Welsh fans. The new format of The Hundred is exciting.
“It’s a new concept for cricketers and one we’re looking to take forward.”
The teams travelling to Cardiff this summer are Southern Brave, Manchester Originals, Trent Rockets and London Spirit.
Among the men’s players in those sides who will arrive in the Welsh capital are the likes of England men’s Test captain Joe Root and his international team-mates Jofra Archer, Jos Buttler and Eoin Morgan.
On the women’s side, England captain Heather Knight – who went to Cardiff University – will be among the headline acts.

When does it start and when are the games being played in Cardiff?

The Hundred action kicks off in Cardiff on July 27 when Welsh Fire take on Southern Brave. In total, there are eight matches taking place at Sophia Gardens with four men’s games and four women’s.

How do I buy tickets and how much do they cost?

How do I get to Sophia Gardens?

Sophia Gardens is the home of Welsh Fire and Glamorgan Cricket and an established international cricket venue (post code CF11 9XR). The most popular and pleasant means of reaching Sophia Gardens from Cardiff Central Station is on foot. The final part of the 15-minute leisurely stroll takes you along the banks of the River Taff through Bute Park and the grounds of Cardiff Castle.
Public car parking is available in the Sophia Gardens Pay and Display car park.