Dreamachine – An artwork to be experienced with your eyes closed 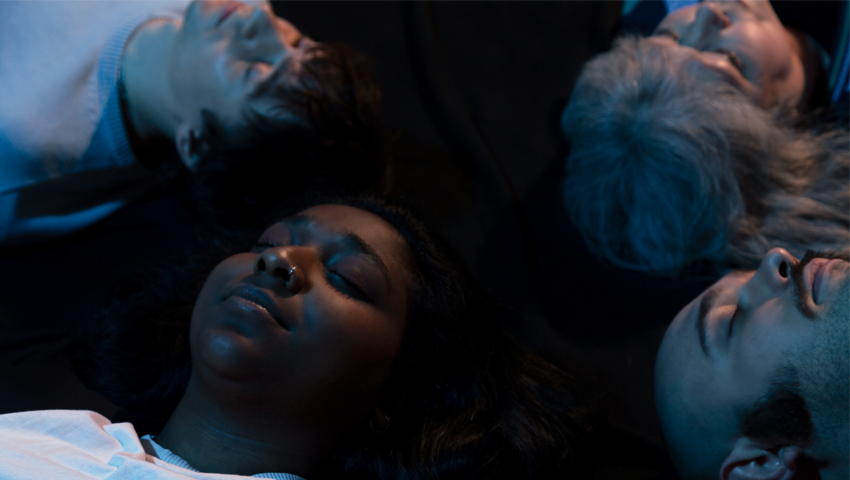 Dreamachine is a powerful new kind of immersive experience exploring the limitless potential of the human mind and is due to land in Cardiff later this year.

It will be launched in London in May 2022, followed by presentations in Belfast, Cardiff and Edinburgh, commissioned and presented as part of UNBOXED: Creativity in the UK.

Dreamachine is inspired by an extraordinary but little-known 1959 invention by artist-inventor Brion Gysin. His experimental homemade device used flickering light to create vivid illusions, kaleidoscopic patterns and explosions of colour in the mind of the viewer. Designed to be the ‘first artwork to be experienced with your eyes closed’, Gysin had a vision for his invention to replace the TV in every home in America. Instead of passive consumers of mass-produced media, viewers of the Dreamachine would create their own cinematic experiences.

Over sixty years after its original invention, Collective Act has brought together an interdisciplinary team of leading minds in architecture, technology, music, neuroscience and philosophy to radically reimagine the Dreamachine as a powerful new kind of collective experience; setting a precedent for new ways of collaborative working across the sciences and the arts to bring this ambitious idea to life.

Every experience of the Dreamachine will be completely individual. The kaleidoscopic world of the 21st-century Dreamachine will lead audiences through an immersive environment of light and sound, as vibrant and dazzling as any digital simulation, but created by and unique to you. A rich and communal experience, this one-of-a-kind programme will provide audiences with an entirely new way of re-connecting with themselves, and each other.

Alongside the live experience, audiences across the UK will be invited to take part as active co-collaborators in one of the largest scientific research projects of its kind. Citizen science on an unprecedented scale, the ‘Perception Census’ will shine a light on a mystery that matters: the unseen diversity of the nation’s inner worlds.

A UK-wide schools programme developed by A New Direction in partnership with the British Science Association and UNICEF UK, will connect thousands of schools and pupils with the questions, ideas and themes explored through Dreamachine, inviting young people in every nation to join together to explore our most fundamental human connection: the wonder of how we see, and create, the world around us.

Dreamachine is one of 10 major creative projects commissioned as part of UNBOXED: Creativity in the UK. The UK’s most ambitious showcase of creative collaboration – across science, technology, engineering, arts and maths – includes free large-scale events, installations and globally accessible digital experiences, and an extensive learning programme reaching millions of schoolchildren.

UNBOXED: Creativity in the UK is funded and supported by the four governments of the UK and is commissioned and delivered in partnership with Belfast City Council, Creative Wales and EventScotland.

Free tickets will be available to book via www.dreamachine.world from late March 2022, when dates and venues across the UK will be announced.