Arrangements have been made this year which will allow members of the public to participate in the National Service of Remembrance for Wales, safely in their own homes. 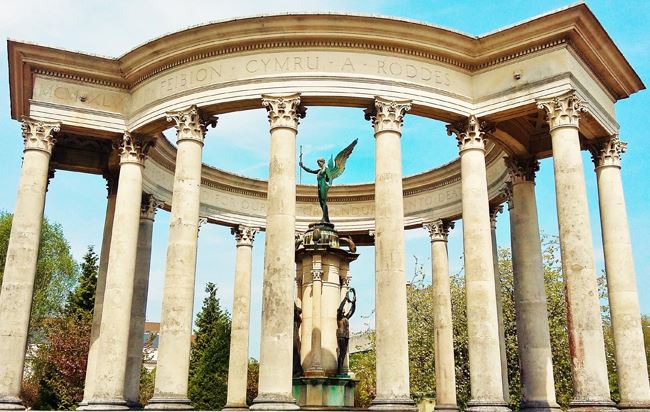 For the first time, the service will be available to watch live on the Cardiff Council YouTube channel. Coverage will start from 10.50am on Sunday, November 8, available atwww.youtube.com/cardiffcouncil.

Broadcast from the National War Memorial in Cardiff, the coverage will capture a small, socially distanced service, conducted by Reverend Canon Stewart Lisk.

Due to Welsh Government Coronavirus Regulations which place restrictions on outdoor public gatherings, general access to the National War Memorial and the surrounding Alexandra Gardens will not be possible on the morning of Sunday, November 8.

Viewers of the live coverage can  download and follow the order of service which will be used on the day from the Cardiff Council website here.

In all, 15 wreath layers will take part in Wales’ national observance of Remembrance Sunday, which is jointly hosted by Cardiff Council and the Welsh Government, in partnership with The Royal British Legion.

A bugler from 3rd Battalion The Royal Welsh will sound the ‘Last Post’ followed by a two minutes silence being observed at 11am.

The Rt. Hon. The Lord Mayor of Cardiff, Cllr Dan De’Ath said: “The National Service of Remembrance for Wales, held each year at the National War Memorial in Cardiff, is an important opportunity for us all to reflect, and pay our respects to the servicemen and servicewomen that have served, fought and died for our country. Normally Alexandra Gardens is full of people wishing to participate in the service, and while they will not be able to be with us in person this year, I am sure that they will still feel a part of Remembrance Sunday, as they watch the coverage from the safety of their own homes.”

The First Minister, The Rt. Hon. Mark Drakeford MS, said: “This year we are commemorating Remembrance Sunday differently, reflecting the restrictions in place as a result of the ongoing pandemic. However, it is important we are able to mark Remembrance.

This is an opportunity for us to remember the vital role Welsh service men and women played – and continue to play – to keep Wales safe.”

Leader of Cardiff Council, Cllr Huw Thomas, said: “The National Service of Remembrance for Wales has long been a permanent fixture in the calendars of hundreds of people. It is a time to reflect on the enormous sacrifices made by thousands over many years. That sense of reflection, and of sacrifice has added resonance in 2020. Remembrance Sunday this year is also an opportunity for us to think of all those affected by coronavirus, and to recognise all those on the frontline, fighting and responding to this global pandemic.”

Antony Metcalfe, Area Manager Wales, The Royal British Legion said: “In the year that marked 75 years since the end of the Second World War, it was important to ensure the people of Wales still had the opportunity to come together, albeit virtually, to ensure Remembrance Sunday was appropriately marked.  It’s an opportunity to reflect and remember the contribution and sacrifices of every member of our Armed Forces who stepped up to defend our way of life then, and those who continue to do so today.”

Can Acts of Remembrance take place at War Memorials or Cenotaphs?

Acts of Remembrance that are outdoors at War Memorials or Cenotaphs are permitted to take place on 7 or 8 November. Indoor services are not permitted.

Up to a maximum of 30 individuals, including event organisers, are permitted to gather outdoors and can take part in an Act of Remembrance. Those who organise an event will have a duty of care to those attending to make it as safe as possible and uphold guidance around physical distancing and hygiene.

Can services of Remembrance be held in a place of worship?

Faith leaders may access a place of worship to broadcast (without a congregation) an act of worship, whether over the internet or as part of a radio or television broadcast. This could include a service of remembrance and others working to facilitate the broadcast can also attend.

Can parades or marches be held to mark Remembrance this year?

No, parades should not take place.

Can people travel to participate in Acts of Remembrance?

A person has a reasonable excuse to leave the place where they are living to attend an event to commemorate Remembrance that is held on 7 or 8 November.