NEWS & BLOGS Feel Like a Champion with Principality Stadium Tours! 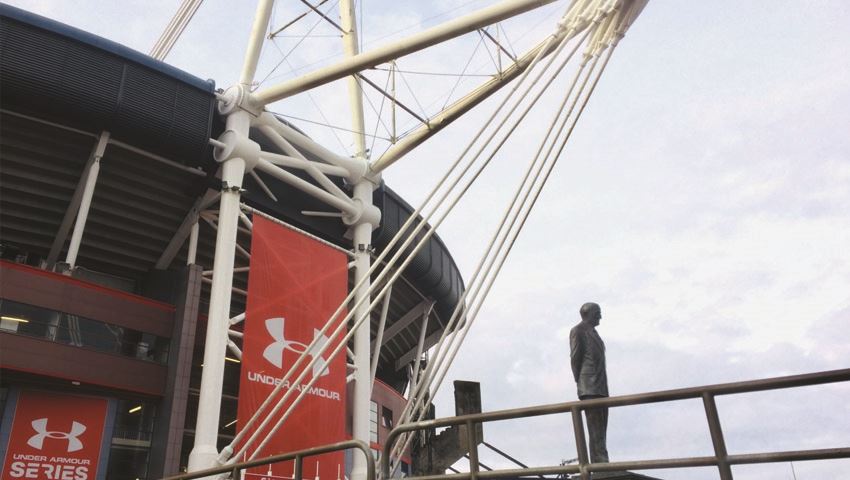 Principality Stadium Tours resume with a new route, the Champions Lap of Honour tour with an exclusive viewing of the Guinness Six Nations Championship Trophy and Triple Crown.

Tours start from May 29th but are available to book online from 10am on Wednesday 19th May from the Principality Stadium website www.principalitystadium.wales/tours.

The Champions Lap of Honour tour will show fans the stadium from a new perspective as supporters enter the stadium via Gate 3 and get to experience the first ever full pitch side lap of the stadium bowl, taking in the full scale of the stadiums 74,500 seats, eye level view of the pitch and the vast complex structure of the 800 tonne roof.  Furthermore,  Principality Stadium’s knowledgeable tour guides will share fun facts on the stadium’s history of events, from world class boxing fights to mighty rock & roll concerts such as the Rolling Stones and U2.

Visitors on the tour will be the first members of the public allowed back into the stadium in 14 months following the postponement of Wales v Scotland during the 2020 Guinness Six Nations and following the Championship win this year, supporters get the opportunity for the ultimate pitch side selfie with the Guinness Six Nations Trophy and Triple Crown to close out the tour.

*The new stadium tour does not include stop off points at indoor spaces such as the Home and Away Changing rooms and the Ray Gravell Press Conference suite however, this is reflected in the pricing structure and a reduction in the cost of a standard tour. 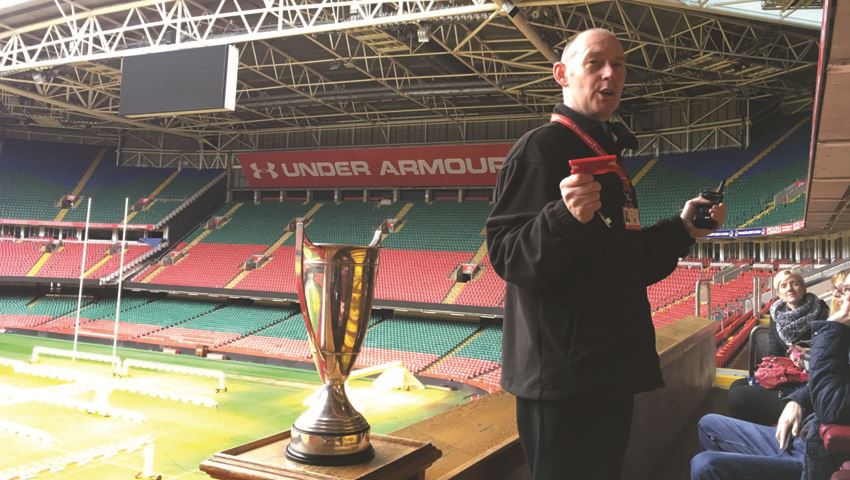 Full details of the stadium tour, our Covid 19 guidelines and FAQs can be found on the stadiumâ€™s website principalitystadium.wales/tours.